Ralph lee Hopkins is a Wildlife Photographer. He enjoys being on the move and taking landscape photography. He started off with a 4 x 5″ large format film camera. Now his favorite lens is the EF 70-300mm f/4-5.6L IS USM brings the EF 70-300mm zoom range to the esteemed L series. On a full frame camera, it displays a 34°-8° angle of view.

Stephen Frink is a Underwater Photographer with more than thirty years of experience as a professional. he’s a consummate professional who shoots for magazines, advertisements, and his own stock photo agency, Stephen Frink Collection. Frink often uses the Canon EF 24-70mm f/2.8L II USM. Frink explains how his technique at shooting great split shot has evolved: “The bottom makes a big difference in terms of how you choose to shoot it. In very shallow water, when you have a lot of white sand, it’s a fairly straightforward thing to shoot.”

Reading through all 10 amazing ways, my first favorite tip was in Include A Focal Point and it says, “A photo should include a main subject or point of interest.” That caught my eye because you would firstly think “obviously” but you would need a subject that’ll really catch their eye. The second one to catch my eye was Follow the Rules of the Third, “The rule (which is really just a guideline) suggests that an image will look more balanced and aesthetically pleasing if you position important parts of the scene off-center.” My third favorite was in Use Leading Lines where it says, ” ….leading lines are one of the most powerful ways to create an image with a really strong visual impact that will get your iPhone photos noticed.” My fourth favorite tip is in Frame your subject where it says, “….these kind of objects around the edge of your composition helps isolate the main subject, drawing your eye towards it, …..frames add meaning to a picture as it puts the main subject in context with its surroundings.” The last tip that stood out to me was in Break the Rules where it says, “… study the composition techniques covered above, use them in your photography until they are second nature, then start breaking the rules and see what happens!”

Raw is an image file that contains minimally processed data from the image sensor of either a digital camera, motion picture film scanner or another image scanner. It contains more information and the file size is usually larger. Raw requires more memory, it takes time to transfer photos to a computer. It is a standard format readable by most image processing programs. It is less popular and not as easy to use.

JPEG is an image file format that commonly uses the method of lossy compression from digital images. It contains less less information and the file size is smaller. It requires less memory and is a compressed file. It usually takes a minimum time to transfer to a computer. Its more popular and easier to use.

What I’ve learned so far is all photos need three camera settings to determine and perfect how light and dark an image is. What you can call the three settings is the Exposure Triangle. Aperture, ISO, and shutter speed. Whenever you don’t have enough light and the picture comes out too dark, the photo is underexposed. Whenever you have too much light and the picture comes out too bright, the photo is overexposed. The aperture is what controls the area over which light can enter the camera. The ISO is what controls the sensitivity of your camera’s sensor to a given amount of light. Lastly, the shutter speed is what controls the duration of the exposure. They key to all three is knowing which you can switch around, since each setting also influences other image properties. Examples of this can be how the aperture alters the overall amount of light that reaches your camera sensor and the brightness of your image, how the longer the shutter speed the more light strikes the sensor resulting in a brighter image and the faster the shutter speed the less light reaches the sensor resulting in a darker image, or how ISO increases or decreases the brightness of a photograph. 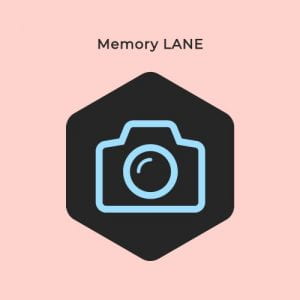 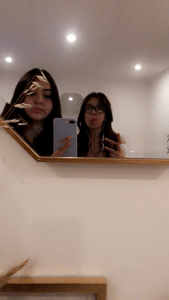 I am a 16 year old junior. I go to Jurupa Hills High School. I’ve been into photography for a couple years.